The breeze was strong enough to push him up to the higher leaves he wanted to get to, but gentle enough that he didn't lose control of his flight. The higher leaves looked perfect to him. They were close to the leaking sap on the tree's trunk. They would give him a view of the area and a chance to see any predators. Most important for now, they were large and strong and he thought it would be perfect to hang from one of them as he rested from a long day of flying and eating.

He flapped towards a particularly attractive leaf and attached himself to its underside. Safe and warm, with dusk falling, it felt like a perfect chance to slip into a shallow sleep...

...He opened his eyes and blinked a few times. What a strange dream, he thought. I was - what was I? I was a butterfly, I think. I had huge thin wings, and hundreds of eyes, and sticky feet, and I flew around and fell asleep on a leaf. I was afraid of birds and frogs and I loved sap and nectar.

Now, he thought, I'm a solid man. He found himself in his comfortable chair next to his bed. He looked around his room. He saw papers spread out on a table. He saw his wife sleeping in the bed a few feet away. He smelled the dinner they had eaten earlier. He remembered all of his worries and problems: the creditors, his daughter's illness, the crop failures, and his mother-in-law.

He didn't want to think about all of this now. He settled back into his comfortable chair. He wished only to close his eyes, to sleep, and to dream...

...He was back on the leaf. He felt hungry, ready to take off in flight again and smell for sap and nectar.

For a moment, he had a memory of a dream. This is not the right way to say it, since butterflies don't have memories, and their sleep and dreams are not the same as ours. But he had a sense of an experience that had slipped away from him: the experience of being a man and thinking the thoughts of a man and inhabiting the body of a man and feeling the worries of a man. He felt relieved that he was a butterfly, that being a man with manly worries was only a dream, and that he could forget about crop failures and demanding women and fly around joyfully instead.

As he flew to find some sap to drink, he reflected on the dream of being a man. Again, this is not the right word, since butterflies don't reflect or think in the way we do. But in the way that butterflies think and wonder, he thought about the dream, and wondered if it could have been real. Was he a butterfly dreaming of being a man, as he had supposed, or was he a man who was even now dreaming of being a butterfly? And if this was a dream, then nothing here truly mattered - neither the sap nor the nectar nor the frogs nor the birds. The thought relaxed him, but made him forget his world and think of other ones. If being a man had been a dream, then he may have other dreams, and live in other bodies, and flutter around other universes. In future dreams, he might climb a mountain or love a woman or lead an army or save a life, with the same spirit and with new, more glorious wings. 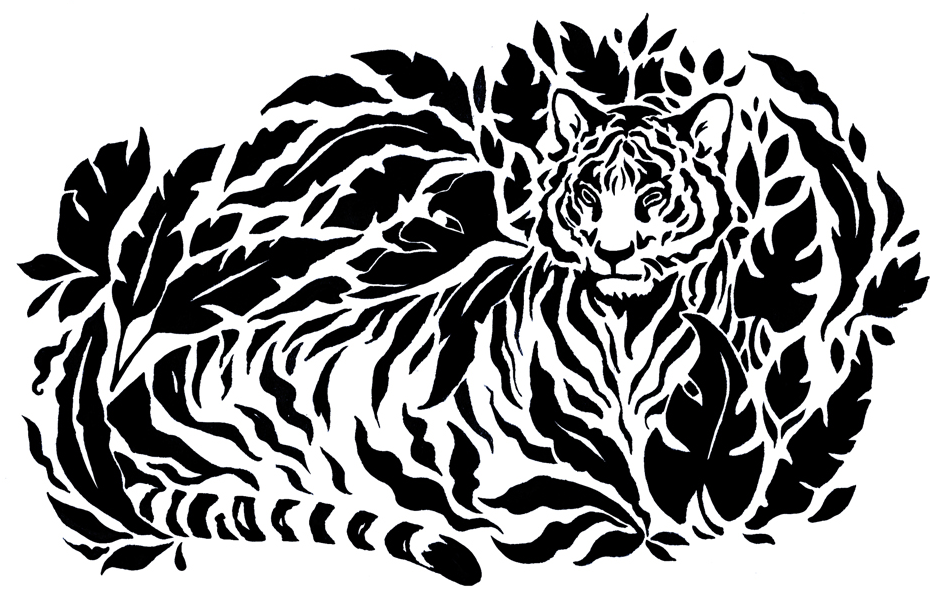 This is a lovely idea. At a most basic level, it is about empathy, entering another living things reality and pondering it, while it mutually enters yours. Pondering truth, and that different beings attach differing importance to what really matters in life. I've no idea how old you are, (I'm 65, grew up in an era when literature mattered.) but no matter who you are, or how old you are, please continue to write. There is a huge difference between being able to type, and being able to capture an idea, and write about it. You belong in the latter category, and you (and all the other young writers) are becoming a rare beauty. The tiger art is also fantastic, by the way. Is that another talent you have?

This site contains short stories that we hope everyone can read and enjoy. It also has some other features (drawings, photos, and essays).

Our humble wish is only to write things worth reading. We strive for plain speech and honesty. We try not to take ourselves too seriously.

You can contact us at contact@thedreamtigers.com. We're always looking for feedback, connection, and new writers and contributors.